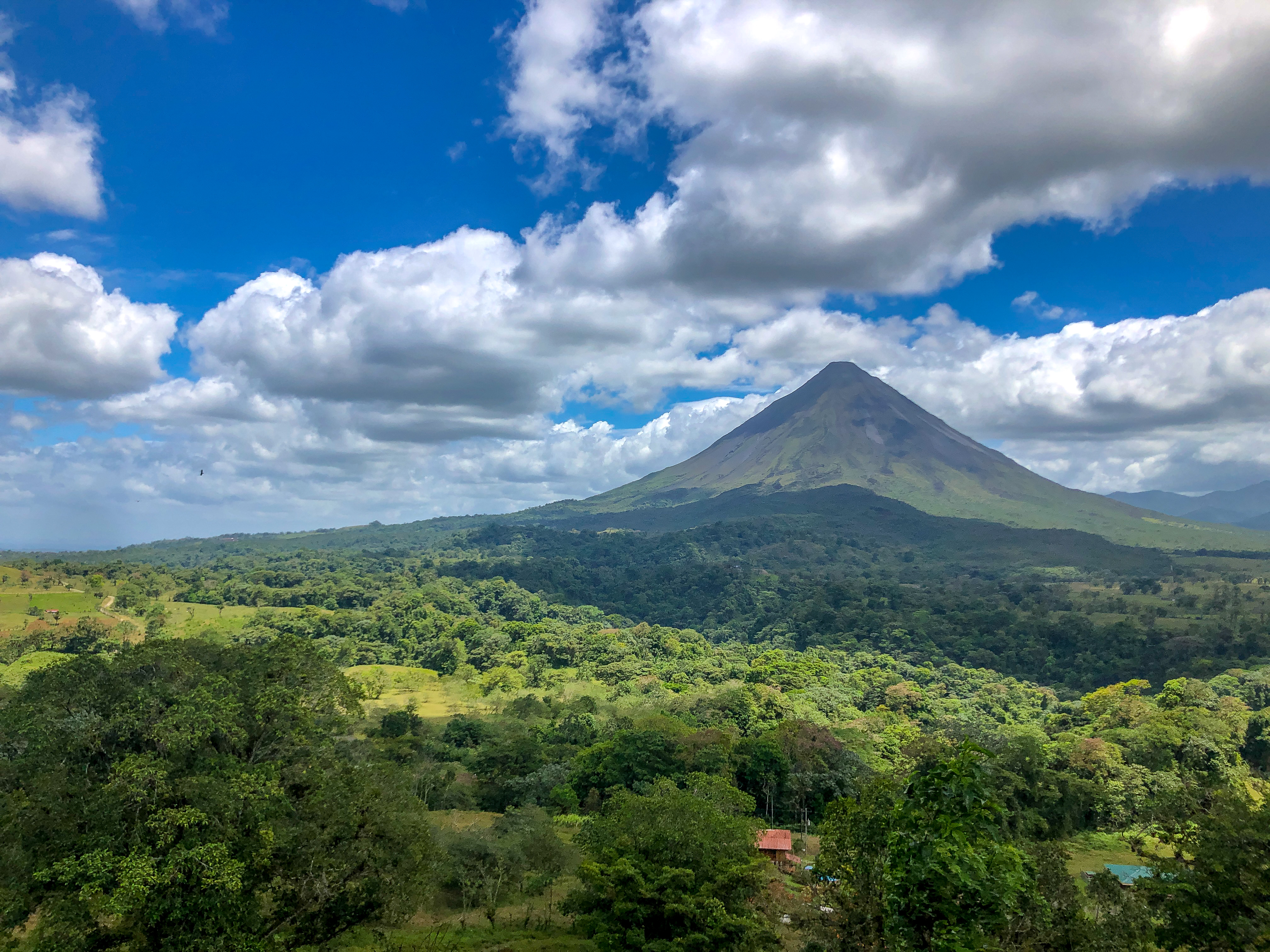 The mountains in the clouds, the clouds in the mountains, you decide. But this little phrase became one we were constantly saying to ourselves throughout our time in Costa Rica. Over the last few years Costa Rica is becoming increasingly popular and I experienced first hand why this to be true. The country is lively, amazing, organic, genuine and heartwarming. Costa Rica has been on my bucket list and a place I was looking forward to navigating. The biodiversity is what kept me wanting to explore more and the culture made me want to stay longer. Did I forget the beaches? Yes, the beaches are fantastic too.

The trip started out just as planned, we hopped in our Uber to get to Chicago International Airport (ORD) to board our 5:36am American Airlines flight to Miami, Florida. We had a quick layover in Miami and were flying out to Juan Santamaría International Airport (SJO) in no time. We chose to fly into SJO because it was centrally located and flights were generally $150-200 cheaper at the time. I’ll drop a map of our route down below so you can see a general overview of our road trip. But basically, we were going to hit the towns of La Fortuna, Monteverde and Jaco with quick stops in between.

Our plane landed right on time and we quickly got off to head through customs, grab our luggage and head to Adobe Rent-A-Car.

Customs in Costa Rica was surprisingly quick. I followed my own tip and we were waiting for our luggage within 20 minutes of touching down. Out of the airport doors we went and we were now on the hunt for the Adobe Rent-A-Car personal. We ended up seeing the Adobe shuttle service first and were able to flag them down to get a free ride to their office. The office was a short 10-15 minutes away from the airport, as most rental car agencies are. The airport is small and while its easy to get in and out, there is not a lot of real estate inside to have standalone agencies like you would see in major airports.

We quickly checked-in with Adobe, gave the car a once over and were pulling up the GPS in no-time to see where we were headed. Our heading was Northwest, up Highway 1 and over to Highway 722 to Los Chorros Park.

One thought on “The Ultimate Central Costa Rica Road Trip”